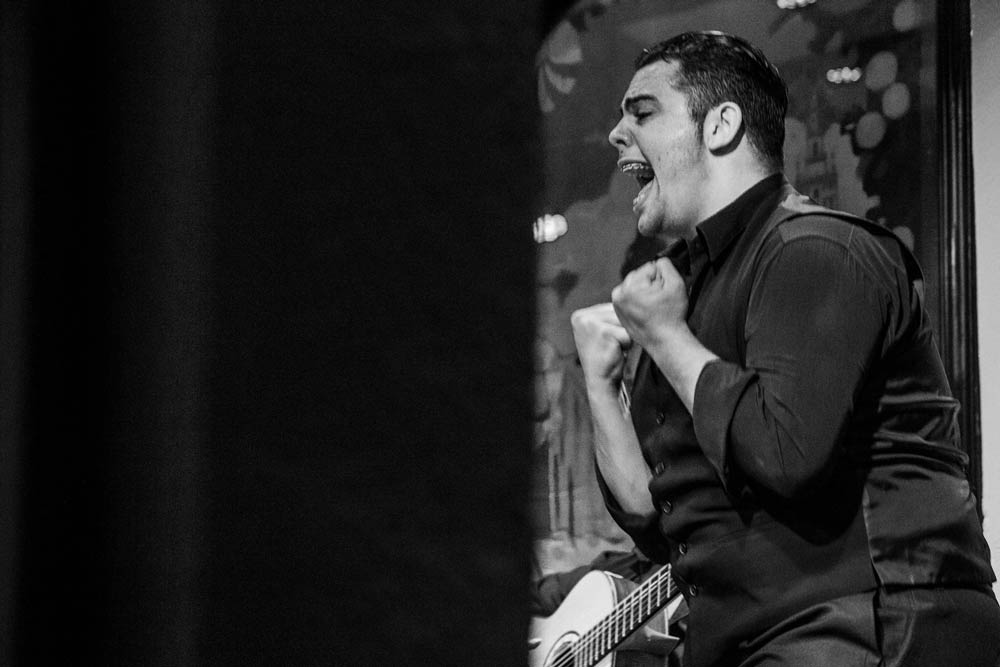 A handful of beautiful words give names to the different flamenco singing styles in Sevilla: seguiriya, soleá, tiento, bambera, bulería, cabales, galeras, garrotín, martinete, guilianas, marianas, nanas, romances, rumbas, sevillanas, tangos, tientos or cantillas. Various singing that starts from the same origin: from the most jondo (profound) of human feeling, something is capable of shaking the foundations of emotion.

This flamenco, an intangible heritage of humanity, is surrounded by the mystery of its origin, which the experts locate geographically in the triangle formed by Seville, Jerez and Cádiz, and whose remotest germ could be found in the oldest civilization that inhabited Andalusia, the Tartessian, that gave enormous appreciation to the culture and concretely to the music and the dance.

To speak of the greatness of flamenco is to make great gypsy artists, who for centuries have been enlarging this art full of tear and passion.

Flamenco singing style in Seville: the tablaos (wooden platform) of joy and enchantment

Flamenco is universal, as is Triana, the most famous neighborhood in Seville that has produced great figures of flamenco: Antoñita Colomé, Curro Vélez, El Marchena, La Perla de Triana, Naranjito de Triana and many other trianeros are great flamenco singers that have contributed to writing the flamenco history.

Between the 18th and 19th centuries, Triana was the undisputed neuralgic center of flamenco singing in Seville, around which family gatherings and friends’ meetings were held, which would be the origin of the public spectacles that we know today.

To live flamenco singing in Seville means enjoying it in its natural setting. To do it in flamencotablaois, also, to contemplate it in its total exposure.

With flamenco in Seville, excitement is served.