On bulerías and flamenco in the streets of Seville 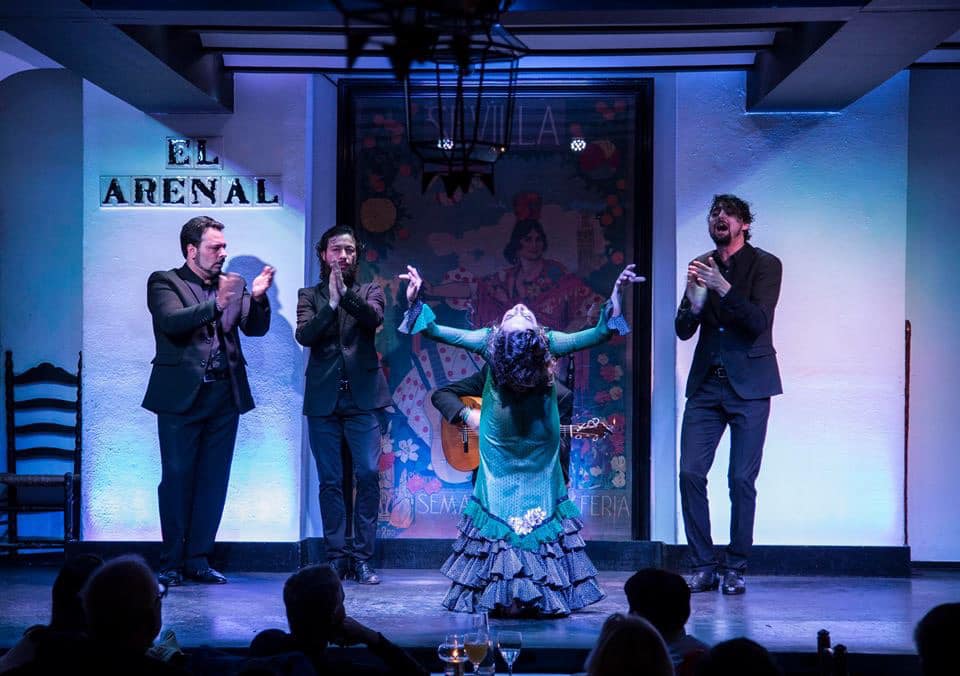 06 Apr On bulerías and flamenco in the streets of Seville

Dozens of hideaways and different locations in the capital offer visitors the best of flamenco art through bulerías: singing, bulería guitar, flamenco box drums, and clapping to make them feel the most universal Andalusian art in the city that is home to the neighbourhood, Triana— a reference of the Sevillian duende, or spirit.

A single walk through Seville, with some luck, can become an added pleasure for music fans and, especially, for lovers of flamenco, Andalusian art par excellence, which makes an appearance in alleys and tavern bars, in squares, patios, or terraces, where it is not strange to hear, in step, the rhythm of a guitar marking the beat of a soleá, or bulerías with a flamenco boxdrum, or both at the same time (since the bulería is known to be one of the most boisterous and lively flamenco styles, it is often dressed up as a decelerated soleá, or vice versa). That is why the Andalusian city is the World Capital of the most universal Andalusian art.

Any tour of flamenco Seville, by a flamenco player from Seville, should begin with Triana, the cradle of numerous artists and great figures and that even has its own style. The bulerías por soleá (or flamenco soleá por bulerías, both are valid) of the Trianaresident, Lore Montoya, werea bulwark of the new flamenco of the 80sdue to their shape and style, and Triana has historically played a fundamental role in the evolution (also in the birth) of Andalusian flamenco art. In fact, it is not a monumental neighbourhood. Its buildings, its walls, do not give off a flamenco experience by themselves that is, of course, present in the environment in the daily life of the old Sevillian suburb.

A walk through its streets is enough to see that it is part of a living monument to flamenco. Plates memorialize that on this or that street, a historical figure of this Intangible Cultural Human Heritage was born, bars where it is not uncommon to hear a touch of flamenco bulerías chords that echo through wide streets or narrow corners, and even in some of the many houses in the neighbourhood that have not yet been converted into large buildings.

If you have had no luck on the street and have not come across magicalsound of some flamenco bulerías, it is not difficult to find several establishments that offer a flamenco show in Seville for those with the best ear or the most knowledgeable and demanding visitors, but also for the neophytes. In the same Triana or, very close, in the Arenal and the magical surroundings of the Bullring of La Maestranza, in the Alameda, which still has its corners flavouredwith old taverns, or in the citycentre, the lover of bulería flamenco, the soleá or the simple flamenqueo of some Sevillian women will find spaces that sound glorious, like that of our tablao flamenco el arenal in seville, where excitement is assured.