The New York Times says that the Tablao Flamenco El Arenal in Seville “is the best place in the world to feel the emotions of Flamenco Art”, and many people in Seville think the same.

For more than 40 years

Sevillians and visitors from all around the world have been able to discover in our Tablao Flamenco El Arenal in Seville the magic of an art categorized as World Heritage, the Flamenco Art.

IN THE MIDDLE OF DOWNTOWN

El Tablao Flamenco El Arenal is located in the historical and cultural centre of Seville, in the El Arenal neighbourhood, between the Maestranza de Sevilla bullring and the Maestranza Theatre, a few meters from the Giralda, Seville Cathedral and the Torre del Oro.

PURE, INTIMATE FLAMENCO ART, WITH ALL THE ROMA ESSENCE OF ITS FOUNDER, THE GREAT BAILAOR CURRO VÉLEZ

A show drinking from pure flamenco roots, with a full hour of art that will leave you breathless. With renowned artists from the city in all their varieties: dancing, singing and flamenco guitar.

Feel the thrill of pure flamenco with a glass of wine, some delicious tapas or having a wonderful dinner, as we offer a menu with carefully prepared traditional Andalusian haute cuisine dishes. The perfect marriage between Seville, its gastronomy and its flamenco art.

Curro Vélez was born in 1934 in Triana, birthplace of famous bullfighters and stars of flamenco singing and dancing.

Curro Vélez, pure race all around, grew up among the greats of flamenco. He was attracted by this art and when he earned his first pesetas (old Spanish coin), he invested them in dance lessons with the famous flamenco master from Seville: Enrique “El Cojo”. 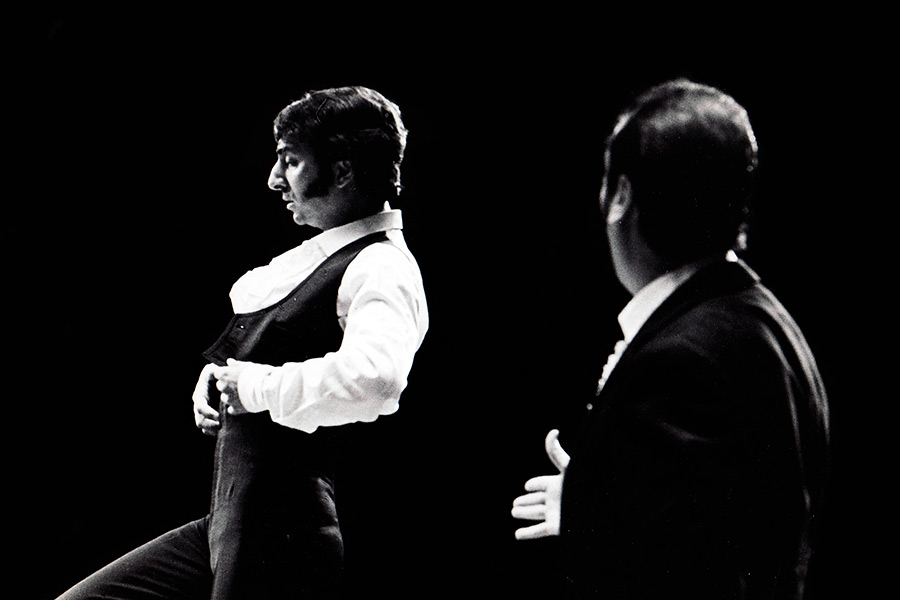 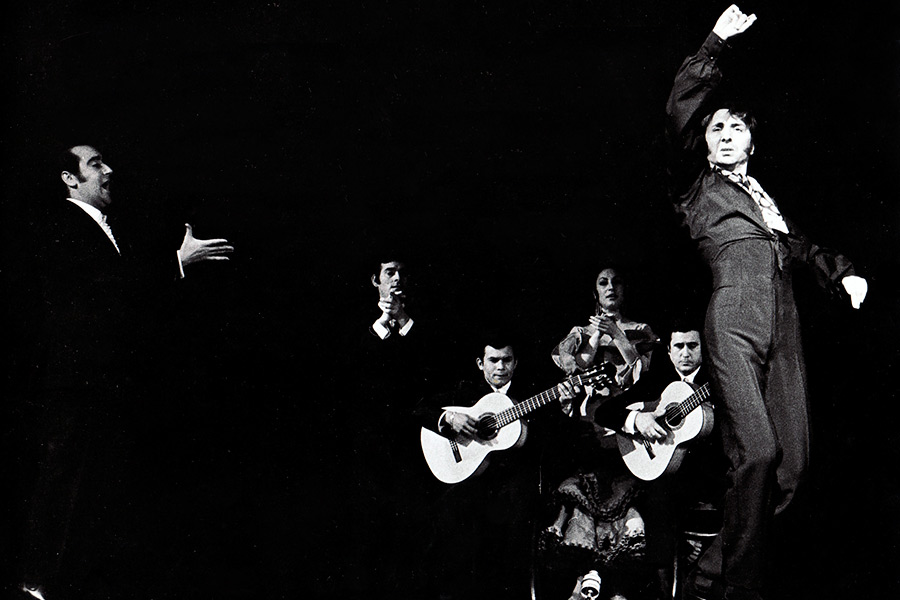 At the age of 15 he appeared for the first time in public at the Hotel Cristina, which at that time had the most famous flamenco tablao in Seville. Under the skilled direction of “El cojo” and helped by the intuition of his own race, Curro Vélez was developing his art to become one of the most promising values of flamenco.

Shortly after his debut he became part of the ballet of Pilar López, as a partner.

Then he left to America where he acted as the first dancer in the ensembles of Carmen Amaya, Antonio, Sabicas and José Greco.

Back in Spain, Manolo Caracol, one of the greatest flamenco artists of this century, presented him in his famous tablao “Los Canasteros”, in Madrid.

In 1964, together with Manuela Vargas, he appeared at the World Exhibition in New York and at the Paris Festival.

In 1966, he toured with Luisa Ortega and Arturo Pavón as a solo dancer, at the end of which he decided to become independent.

Curro showed his talent for flamenco dance, directing and presenting the most complicated and innovative choreographies.

With his show “Fiesta Gitana”he performed in Paris, at the Theatre des Champs-Elysées, for two consecutive seasons and then toured Holland and Belgium. Also he performed triumphantly in Rome as one of the leading figures of flamenco for his brilliant technique and his magnificent rhythmic expression. 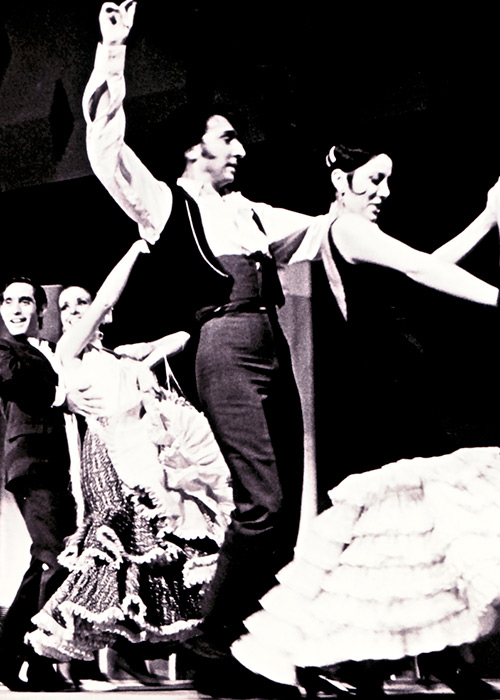 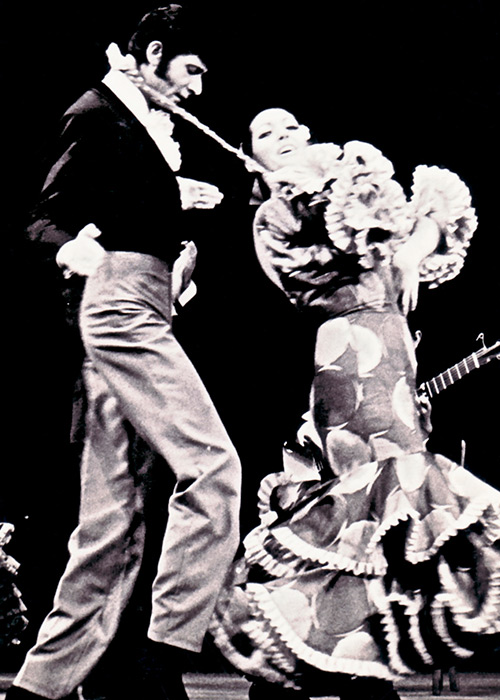 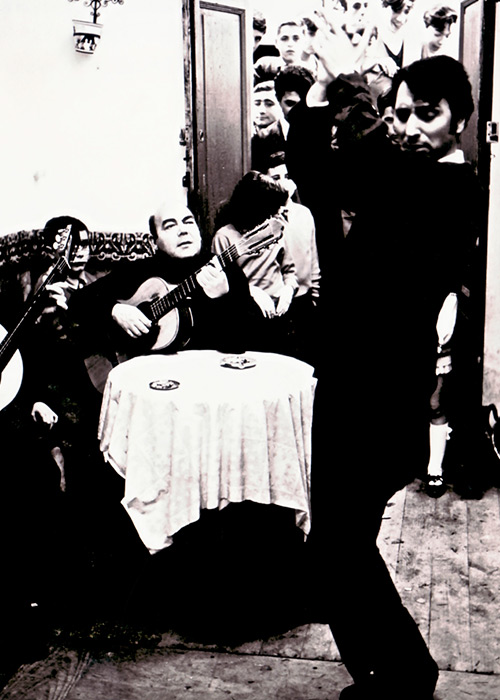